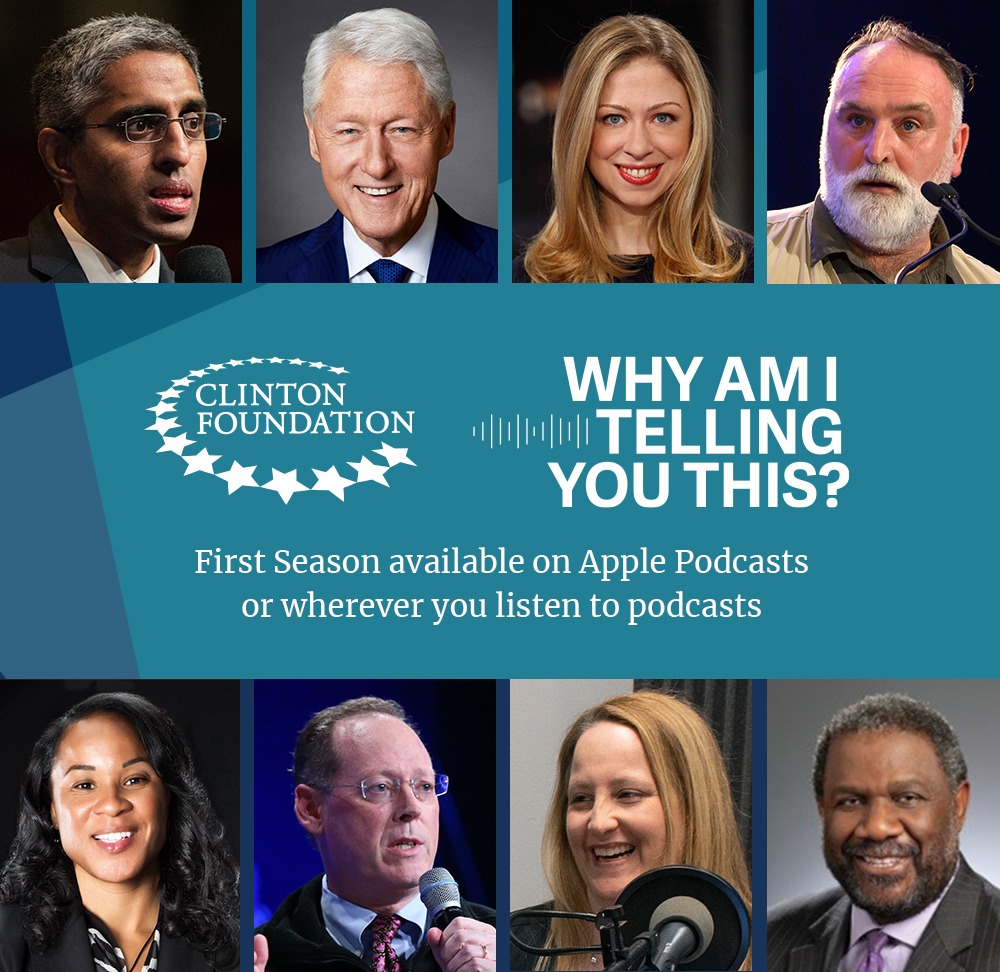 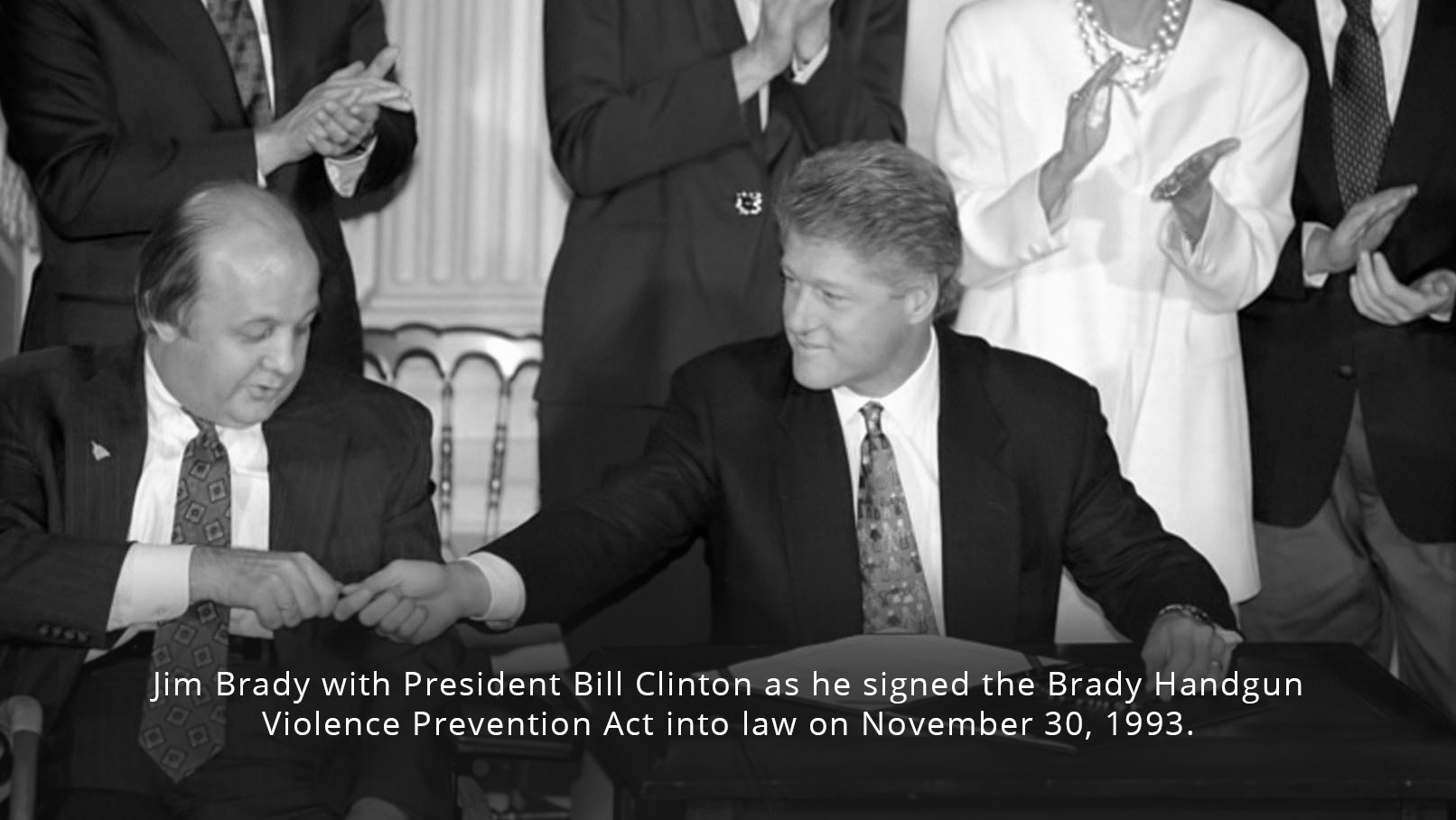 In the wake of the mass shootings in El Paso, Texas, and Dayton, Ohio, America is reacting as we have come to expect. Thoughts and prayers are offered, as they should be. Communities come together, as they should, in vigils to remember those lost and injured and to remind ourselves that we shouldn’t keep letting this happen. But the tragedies keep happening, while one thing that we know can reduce mass shootings has not been done: reinstating the ban on assault weapons and the limit on high-capacity magazines that were in effect from 1994 to 2004.

In a powerful commentary originally published in TIME, President Bill Clinton calls on elected officials to reinstate the assault weapons ban and the ammunition limit, and make improved background checks universal. And at this crucial moment for America, he urges all of us to stand against – not inflame – the racial, religious, and gender-based bigotries that often drive mass killers.

Read the Transcript
President Bill Clinton:
Last weekend, 31 people were murdered and dozens more injured in two mass shootings just hours apart in El Paso, Texas, and Dayton, Ohio. The death toll may still grow. The shooters killed the young and old, men and women. In El Paso, the white nationalist shooter’s intent was to claim as many Latino lives as possible. In both cities, the victims had their tomorrows taken or their futures forever altered by domestic terrorists as they were simply shopping or enjoying an evening out—everyday activities we all expect to pursue in safety. And in both cases, the gunmen used military-style assault weapons that were purchased legally.

America is reacting as we have come to expect in the wake of mass shootings. Thoughts and prayers are offered, as they should be. Communities come together, as they should, in vigils to remember those lost and injured and to remind ourselves that we shouldn’t keep letting this happen. Elected officials speak about the need for change. But the tragedies do keep happening, while the one thing we know that can reduce the number and the death tolls of mass shootings has not been done: reinstituting the ban on assault weapons and the limit on high-capacity magazines that were in effect from 1994 until 2004.

Assault weapons are designed to inflict maximum harm in a short period of time. A study by Everytown for Gun Safety found that shootings where assault weapons were used resulted in 155 percent more people shot and 47 percent more people killed than gun incidents with other types of weapons. It should come as no surprise that when we see high death and injury totals, from Sandy Hook to Las Vegas to Parkland to El Paso to Dayton, the killers have used these weapons.  The Dayton killer shot 41 bullets in 30 seconds before the police got him. He killed nine people and wounded 14 others, almost one victim per second.

I worked hard to pass and was proud to sign the ban on these weapons of war into law, and the results were clear—mass shooting fatalities declined while they were in effect and have risen sharply since they were allowed to lapse.

For too long, America has allowed a determined, well-financed group to pretend to grieve with us while spreading paranoia among those who responsibly use guns for hunting, sport shooting, and self-protection. For too long, the gun lobby and their elected allies have stalled, deflected, and changed the conversation until the pressure passes and they can get back to business as usual, heedless of the killings still yet to come.

It pains me to see people in the culture I grew up in buy into the argument that banning weapons of war threatens the Second Amendment and their way of life. As the 1994 assault weapons ban shows, deaths from mass shootings fell while the number of hunting licenses actually increased. No one has to give up their culture to save the lives of innocent people, so many of them very, very young.

The gun lobby often invokes the Democratic losses in the 1994 midterm elections after passing the assault weapons ban and the Brady background check bill to try to scare lawmakers of both parties into maintaining the status quo. Those who lost their seats in that election did cast brave votes to make our country safer and give our children the chance to grow up and live their dreams. The 2018 elections, thanks to the passionate activism of citizen groups across the country, proved that it’s a different world now. Today members of Congress will be supported if they reinstate the assault weapons and large ammunition magazine bans, and if the Senate passes the universal background check law already passed by the House of Representatives.

Of course, no single action can completely end mass shootings and the wave of gun violence that plagues communities across all America.

We all have to stand against, not inflame, the racial, religious, and gender-based bigotries that often drive the delusions of mass killers.

The “red flag” law is a good idea. Also, we can and should do more to prevent, treat, and manage mental illness. But the incidence of mental illness in America is similar to other wealthy nations, yet we have far more deadly mass shootings. What’s different is the sheer number of guns per capita and the widespread accessibility of weapons of war.

We know reinstating the assault weapons ban and the ammunition limit, and making improved background checks universal, will help.

A recent RAND study found that policies that could bring about a drop in gun deaths as small as 1 percent would mean 1,500 fewer deaths in the U.S. in a decade. And we can do better than that.

We have talked, tweeted, and delayed long enough. This is about who we are as a country, what America will look like years from now, and whether our children and grandchildren will be safer and freer to grow up.

I’ve always believed in the inherent goodness of people. I still do. I have spent my life trying to advance the idea that our common humanity matters more than our interesting differences and working for a world in which we are coming together not being torn apart. We can take a big step toward that world by keeping assault weapons out of the hands of those who wish to destroy it.